Four years ago, AFL, a Swindon-based manufacturer and installer of fibre optic cable and products, had serious problems with their IT. Every day laptops and desktops would crash and every day staff complained about the poor response from the firm’s IT support provider.

Sometimes the provider’s IT engineers simply gave up and walked away from a problem. “That just wasn’t acceptable,” said Mark Turner, Operations Director at AFL.

Knowing that outsourced IT support should be a robust, cost-effective solution, Mark set out to find an alternative supplier. A group company in Bracknell already used and recommended IT Support 365 and so AFL approached us.

From reactive to proactive IT support

On arrival, we reviewed AFL’s IT infrastructure and resolved outstanding problems. We installed ServiceDesk365, a remote monitoring system allowing our support team to see what every device on the network is up to and delivering alerts as issues develop.

In the last four years there have been no IT crises. “They work to avoid these from happening. It’s part of their proactive approach,” said Mark.

The biggest hurdle, in the early days, was persuading the AFL staff to trust their new IT support provider, because of their previous poor experience. “When someone reported a problem I told them to log a ticket with IT Support 365, which they did, and the problem was fixed,” said Mark. “They provide robust service.” In addition to maintaining the IT for the entire organisation, from sales through to manufacturing, we also purchase hardware and, more recently, have taken over management of AFL’s mobile phones.

Every month AFL receives a report from us, showing the health of their system and performance of the support service, including the number of support tickets closed and how long issues took to resolve. We also supply updates on the status of a ticket while it’s being worked on. Mark explained: “Sometimes my staff complain that their problem hasn’t been fixed. Using the updates from IT Support 365, I can tell them what the hold up is”.

Issues to consider when outsourcing IT support

We asked Mark what he would say to other businesses considering outsourcing their IT service.

“Decide what level of support you require,” he said. This is usually during regular hours, Monday to Friday, but extended hours or even full 24/7 support may be appropriate for some. Also take into account the response time that you expect from a support provider.

It’s worth comparing the costs of outsourcing with having an internal IT engineer. “Our costs would double if we had someone in-house, and there would be no cover when they were away on holiday,” said Mark. By outsourcing IT support, the responsibility for making sure someone is always available to resolve problems is passed to us.

Having a budget for ongoing upgrades and replacement of hardware is recommended. “Old hardware will create issues,” said Mark. “It’s important to budget for a healthy system.”

While AFL is very happy with the support they receive from us, Mark Turner has benchmarked our service. “The key points are the way IT Support 365 integrates with our organisation, both in Swindon and Bracknell, and that when it comes to costs, they are very competitive.” 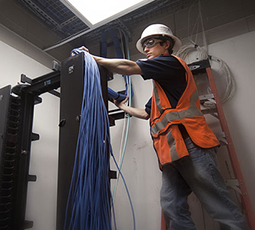