Disaster recovery service that’s worth its weight in gold

It takes skill to make doors, staircases and conservatories out of hardwood. And it requires computer technology to operate a joinery business that’s established a reputation as solid as the products it creates.

When that technology fails, as it did for Andover-based Input Joinery, that reputation is put in serious danger. A hardware fault knocked out their file server, effectively bringing their operations to a halt. Suddenly they had no access to the internet, to email or to all their company documents, forcing most of their work to come to a standstill.

For the family firm, which employs around 50 people, the file server failure was a major problem that needed to be fixed as soon as possible. Unfortunately, their existing IT supplier was unable to help because one of their key staff was on holiday. A fix wouldn’t happen for several days, which would put a serious dent into both the firm’s sales and its reputation.

Time for the joinery experts to find new IT experts

Knowing that the business could not afford even a few days’ delay, Office Manager, Dominic Rice contacted IT Support 365 to ask for help.

We immediately put in a replacement server, enabling their core operations to continue. The next steps were to recover data and rebuild the original server. Finally, the recovered server was brought back into operation. All this had to be carried out with minimal disruption to Input’s business operations.

The recovery was completed within two days.

Not wanting business to be jeopardised by a future IT failure, Input Joinery signed up for our full backup and disaster recovery support. This ensured that a secure copy of their entire server would be available, along with the guarantee of a loan server if required.

The value of this investment was demonstrated recently, when the business was unable to access data stored on its server’s hard drives, due to a hardware fault with the RAID controller.

Within minutes of the problem occurring, the loan server was activated and within four hours the business regained access to all its systems. Data loss was minimal, as the backup version restored the system to its state less than one hour before the hardware failure had occurred.

Our workshop team repaired the fault in the RAID controller and it was reinstalled at a time which created minimum disruption to the business.

Following this most recent problem, Dominic Rice of Input Joinery wrote to thank us: “I just wanted to drop you an email to thank you for your prompt and efficient service fixing our server this morning. It has been working fine since and we are back up and running. Your disaster recovery is worth its weight in gold.” 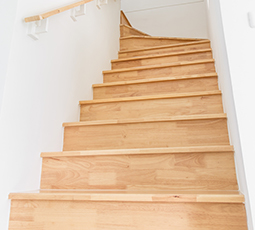