Spending to save – legal firm upgrades from Windows XP

Dorset-based law firm Mustoe Shorter has achieved what so many company accountants dream of: they paid for a major IT upgrade with the savings that that upgrade delivered in just one year. And still had change left over.

The fifty-user business, working from two offices, continued using its Windows XP system running Microsoft Office 2003 for as long as it could. But with the latest version of its key business system, Partner for Windows from Tikit, no longer supported on XP, upgrading became a commercial imperative.

A number of firms were invited to tender for the project. IT Support 365 was not one of them.

Facing upgrade costs of up to £100k, Mustoe Shorter decided it needed expert advice when reviewing the tenders. James Bull of IT Support 365 was invited to help guide the firm through the process of choosing the most appropriate solution from those on offer.

It quickly became apparent that the terms of reference for the tender were not appropriate to the needs of the business. Invited to undertake a full review of the IT infrastructure, James identified a host of issues around existing arrangements.

In addition to not having a well-defined understanding of its own future IT needs, the firm was not making the best use of the services it was currently paying for.

Redefining Mustoe Shorter’s requirements and introducing the firm to the value of outsourcing, James presented a much more affordable upgrade path with IT Support 365. Not only would it take the firm where it needed to be within two years; it also effectively paid for itself in the savings achieved over just one year.

Handholding through the upgrade process

While the technology and cost issues had been addressed, the firm faced another challenge as it embarked on the upgrade: user resistance.

Knowing that the success of an upgrade depends largely on users not just accepting, but embracing change, James became a regular sight in the Mustoe Shorter offices. He invested hours in helping users appreciate the benefits, both to them and to the firm, in moving to Microsoft Office 2013 and the new version of Partner for Windows.

James also helped users overcome their initial resistance to the outsourcing of IT support. Previously reliant on someone inhouse who would solve their problems, staff now needed to trust engagement with a remote support team. This was a significant cultural change requiring careful management of expectations.

An IT platform optimised for growth

It’s taken two years since originally engaging IT Support 365 for Mustoe Shorter to almost complete its upgrade. All 50 computers in the firm have been replaced and the life of their servers has been extended.

Just as importantly, all contracts for IT services have been rationalised, eliminating overlap, duplication and long-term lock-ins to aging technologies. Added to a new culture of flexible, outsourced support, Mustoe Shorter is in a much stronger position to grow its business without being held back by limitations imposed by digital technologies.

The upgrade has effectively paid for itself within 12 months. The annualised saving in IT costs generated by the upgrade, contract restructuring and move to outsourcing are greater than the costs of the upgrade itself.

James Tawse, Business Manager at Mustoe Shorter, said: “James Bull and his team from IT Support 365 have transformed the way we look at IT. Perhaps surprisingly, as a result of outsourcing, we feel we have much more understanding and control of our own internal systems. In addition, the upgrade delivered much more value than we anticipated.” 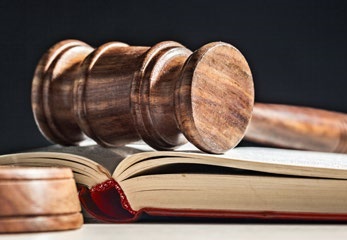